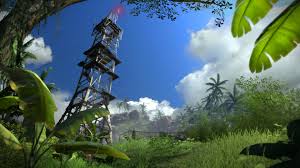 Radio towers scatter the map that, when climbed and activated, reveal a section of the island on your in-game map. These towers can prove quite challenging to traverse and if you slip and fall, you will most likely die. But don’t worry, you just have to start again from the bottom of the tower. Treasure chests can often be found along your climb that award you with money, items and ammunition so keep your eyes peeled. Once you reach the top, the camera display will zoom out and show you places of interest that surround the towers and also unlock a section of your map to display the land and it’s secrets. You’ll also unlock certain weapons that can be freely acquired from vending machines when you scout the towers.

Pirate camps are also littered around Rook Island, and as the name suggests are controlled by pirates. To appropriate these camps, you can go in guns ablaze or prefer to take a stealthy approach. The main goal is to leave no pirates standing. If you are seen, the pirates will become alert and can activate alarms which summon extra squadrons of pirates in vehicles to your location. You will need to eradicate every pirate in order to raise the flag of the native people to this land and wipe out the pirate presence. Rewards come in the form of extra XP by appropriating a camp without being seen, so stay out of sight of those pirates and keep it quiet. 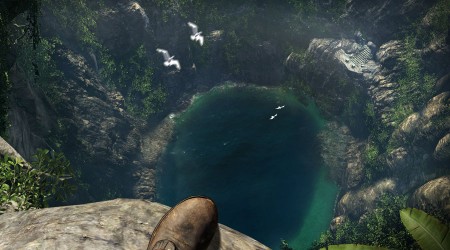 If you were to unlock the entire map without picking up any treasures, you will see just how many relics, chests and the like are waiting for your discovery. Treasures can be found around buildings, in amongst trees and rocks, underwater or in hidden caves to name just a few locations. They act as a way to earn extra XP, money or items to sell for monetary gains. Going on treasure hunts can be incredibly fun, especially if you have to dive down a great big hole in the earth into deep, dark waters. Climbing back out is the tricky part. 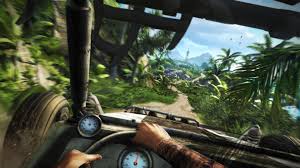 All sorts of challenges await you on your travels throughout Rook Island. Courier missions will have you pilot a selected vehicle and pass through certain check points to reach the recipient in a set amount of time; Time Trials allow you to drive yet another selected vehicle and follow a path laid before you until you reach the finish line; mini-games such as darts, poker or shooting ranges and more. The massive amount of gameplay hidden throughout Far Cry 3 is astonishing and manages to keep you interested for a long time.

Trials of the Rakyat 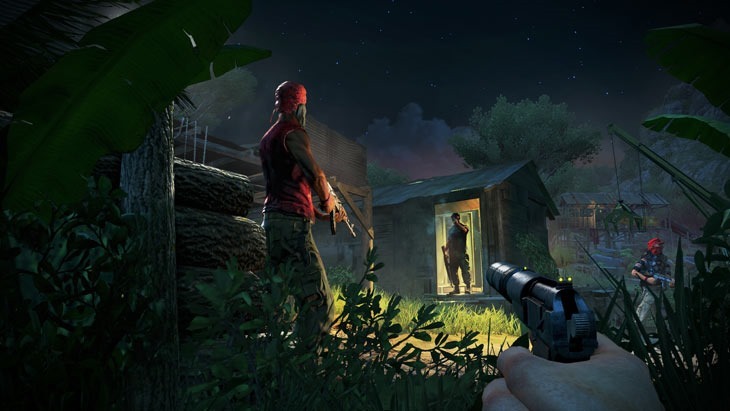 Trials of the Rakyat take the form of a small ‘instanced’ area where you are tasked with getting a high score by killing enemies with a provided weapon in a set amount of time. Large red rocks can be found throughout Rook Island that transport you to these trial areas. By activating these rocks, you will be shown the requirements of the specific trial and the points you need to get to attain a high score. Some of these are great fun, especially the one which gives you a car to squish pirate after pirate with. 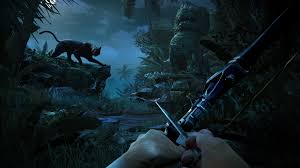 After taking control of a pirate camp, a job board will become available. You can pick up hunting or assassination jobs from these boards. Hunting will task you with seeking out a particular animal and disposing of it using a certain weapon. Assassination jobs will require you to find a specific pirate and kill him with your knife. However you’ll need to stay hidden if you don’t want a fire-fight to erupt. Each side-mission will award you with XP and money, so make sure you get out there and earn that moolah!