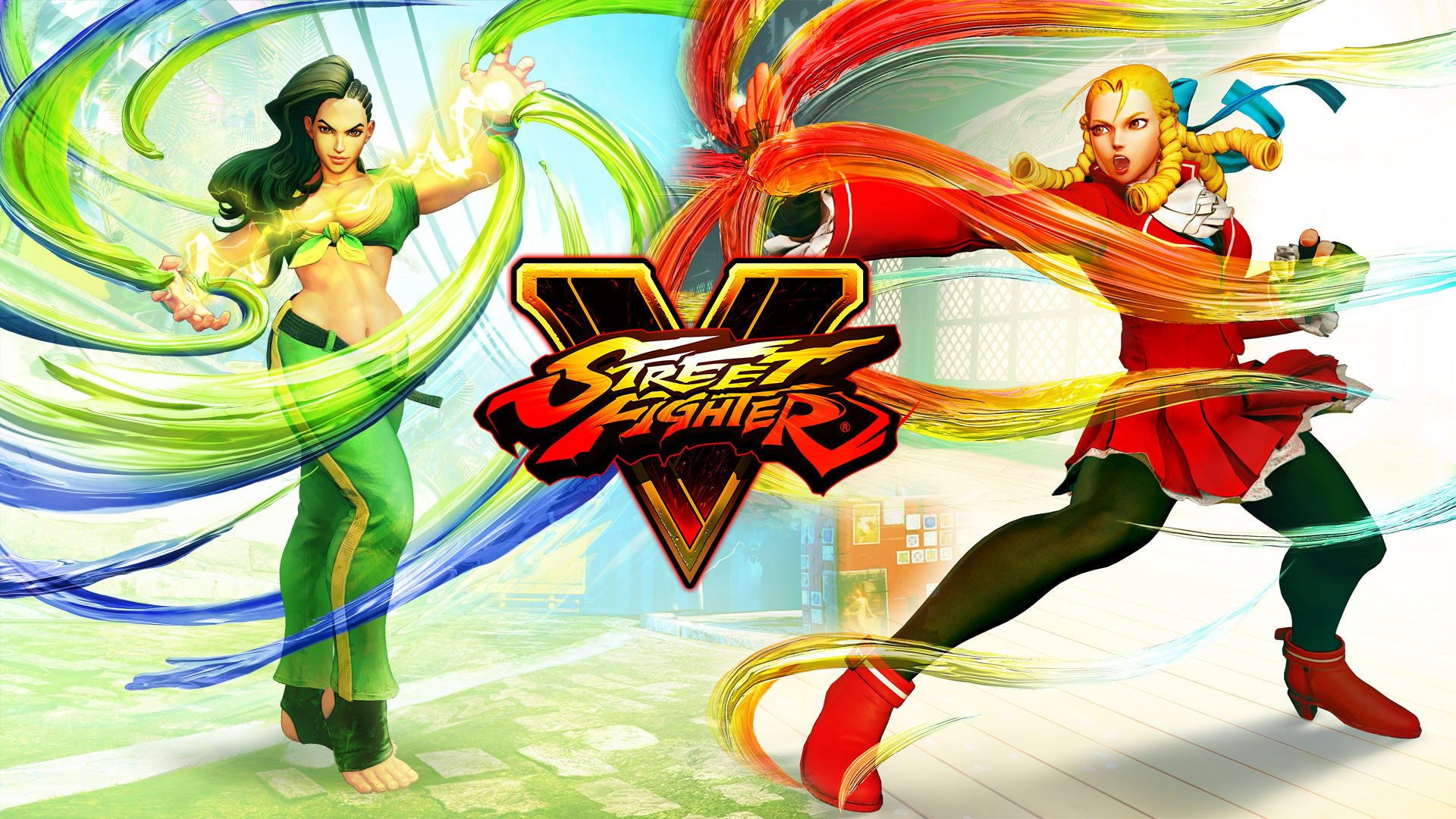 Street Fighter is a series that has grown exponentially since it’s original launch in 1987. Coming a long way from the pixelated graphics we were initially introduced to, Street Fighter V brings a little bit more to the table than it’s predecessor Street Fighter IV injected into the series. Read more in our Street Fighter V review below!

Up until Street Fighter III, Capcom stuck with it’s original style of graphics. 3D graphics were dabbled with in the past but all iterations that tried to bring a new look to a much loved series seemed to flop. That was until we were first introduced to the new artistically designed Street Fighter IV in 2008. Personally, the new graphic style made my jaw drop and I knew I had to get it solely for the dazzling paint brush stroke methods used to spice things up a bit.

It’s now 2016 and Capcom have brought a new sequel for us to enjoy and bring destruction upon our keyboards/gamepads.

Street Fighter V doesn’t stray too far from it’s predecessor in terms of graphics, adopting a fluid water splash art style alongside the artistic brush strokes. Along with the watery animations, everything seems to be a bit more exaggerated, from muscles to body shapes.

Capcom decided to try and make things a little less sexy by making an internal decision to remove some animations, such as R. Mika slapping her own posterior during an attack. These decisions were made to accommodate a wider spectrum of gamers. However, the game and it’s exaggerated character designs still come across as quite sexy in my opinion. What do you think?

The gameplay in Street Fighter V is ultimately the same as everyone is used to albeit for a few changes here and there to how certain characters are played and some slightly different features.

For example, you can no longer chip an opponent’s health away to victory. Gone are the days of firing Hadoken after Hadoken at a blocking opponent to finish them off. Now you need to actually land a hit in order to fell your adversary if they have a pixel of health left. None of this small damage whilst blocking business.

Backdash invincibility is also a thing of the past. Some games like Mortal Kombat X and Street Fighter IV allowed for a few frames of invincibility when performing a backdash. However that’s no longer going to be your safety net if that’s how you’ve previously played. This makes for a much more realistic fight by reinforcing the need for players to rely on their skills rather than a small exploit to avoid damage.

Here is the most major change that players will be excited about. The Revenge Gauge has now been replaced by the V-Gauge, or Variable Gauge. This controls V-Skills, V-Reversals and V-Trigger abilities. The V-Gauge fills by receiving damage or, with some characters, by using V-Skills.

The V-Skill is a character’s unique ability that allows for certain advantages, such as Ryu’s Mind’s Eye which can counter all attacks, even those that hit more than once, if you use the proper timing. Each blow Ryu parries will add to his V-Gauge. V-Trigger abilities are also unique to each character and allow for temporary increases in power, defence and other such things.

Along with all the above changes come the reintroduced Alpha Counter from the Street Fighter Alpha series. When blocking an attack you can press forward and all three punch buttons to execute a reversal attack which drains one bar from your V-Gauge.

[schema type=”review” url=”http://store.steampowered.com/app/310950/” name=”Buy Street Fighter V on Steam” description=”Street Fighter is a series that has grown exponentially since it’s original launch in 1987. Coming a long way from the pixelated graphics we were initially introduced to, Street Fighter V brings a little bit more to the table than it’s predecessor Street Fighter IV injected into the series.” rev_name=”Street Fighter V Review” rev_body=”Street Fighter V is a great new iteration on a familiar and well-loved series that doesn’t fail to live up to it’s expectations. I’m very proud to see that this sequel is yet again another great success. Well done Capcom!” author=”GameReviews AU” pubdate=”2016-04-19″ user_review=”4″ min_review=”1″ max_review=”5″ ]