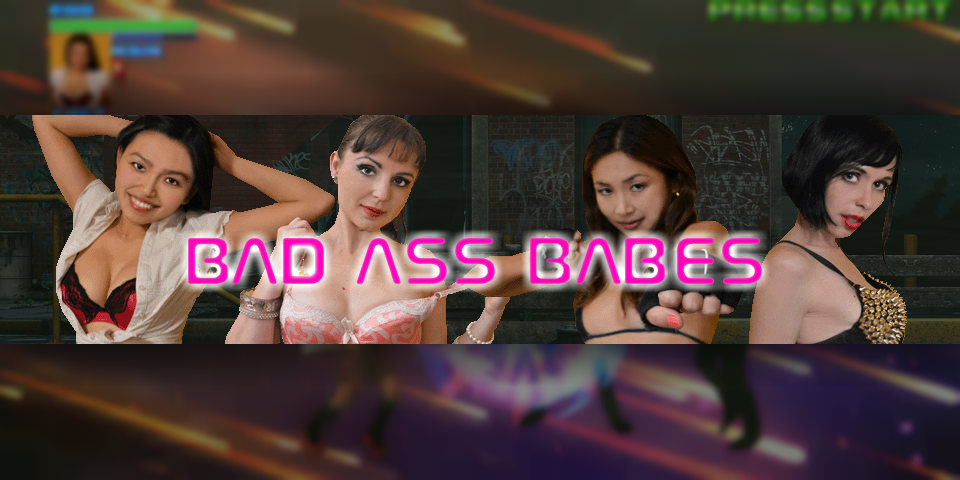 Bad Ass Babes has got to be one of the crudest, most gratuitous games I’ve ever played, but I couldn’t help but have fun with the gameplay! Packed full of girls in incredibly skimpy clothing, hilarious looking enemies, plenty of nudity and nostalgic side scrolling beat ’em up action, Bad Ass Babes isn’t the type of game you’d expect it to be. Read more in our Bad Ass Babes review. 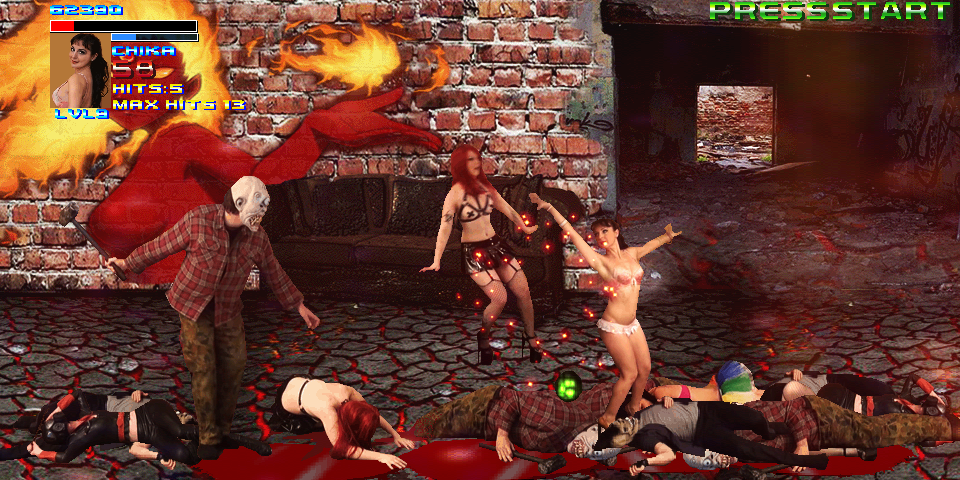 I love amateur video game, and Bad Ass Babes is the most amateur video game I ever saw! Sorry to sound like Groundskeeper Willie there, but this really is how I feel about the look and style of Australian made Bad Ass Babes. It’s got old-school graphics, employs a retro gameplay style from a genre you don’t see very often anymore, and nudity. Did I mention it has nudity? Well it does, and plenty of it. Nothing too X-rated though, those bits are blurred out to keep things around the R rating. But still, I wouldn’t play this game with minors present or let your boss/wife/girlfriend/parents/grandparents catch you YouTubing it.

So, nudity aside, Bad Ass Babes is a side scrolling beat ’em up with gameplay similar to games you may have played as a child such as Streets of Rage or Double Dragon. You choose your babe, control her in the streets with the arrow keys on your keyboard (or with your gamepad if you prefer), attack with ‘A’, jump with ‘D’ and block with ‘F’. 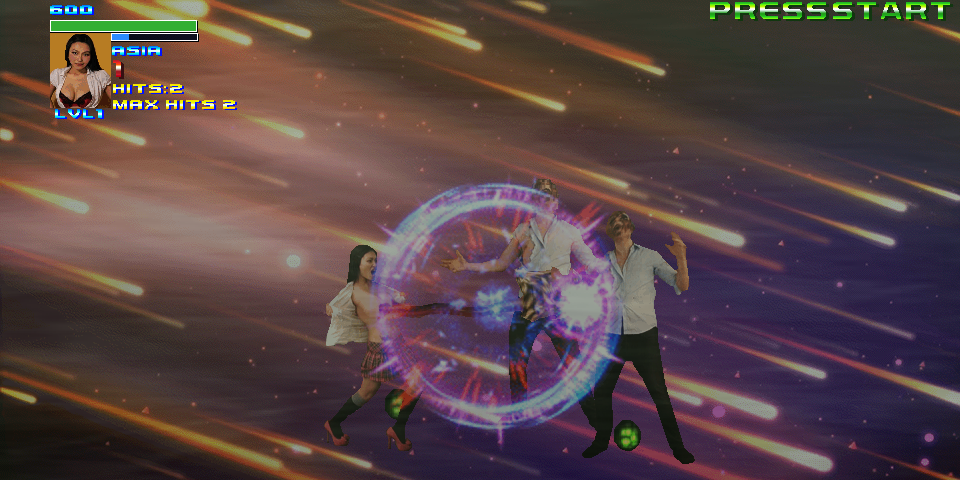 The controls are very simple and combos only really require you to spam the attack button. You can throw in a few jumps to mix things up a bit, or press both jump and attack simultaneously to hit enemies in front and behind you at once. Each of the five available babes have their own special moves, which are quite imaginative to say the least. Take, for example, Asia’s special attack where she bares her chest at the enemy, launching a dragon from her breasts in a straight line to deal damage to enemies.

Story-wise, you’re given what the developer calls a “cheesy B grade plot”. Aliens invade and a group called the Bad Ass Babes have to defeat them. Episode one is all that’s available at the moment in terms of story mode, and it takes around an hour to complete. After you’ve beaten the story mode, different modes become available such as Survival and Xtreme mode. 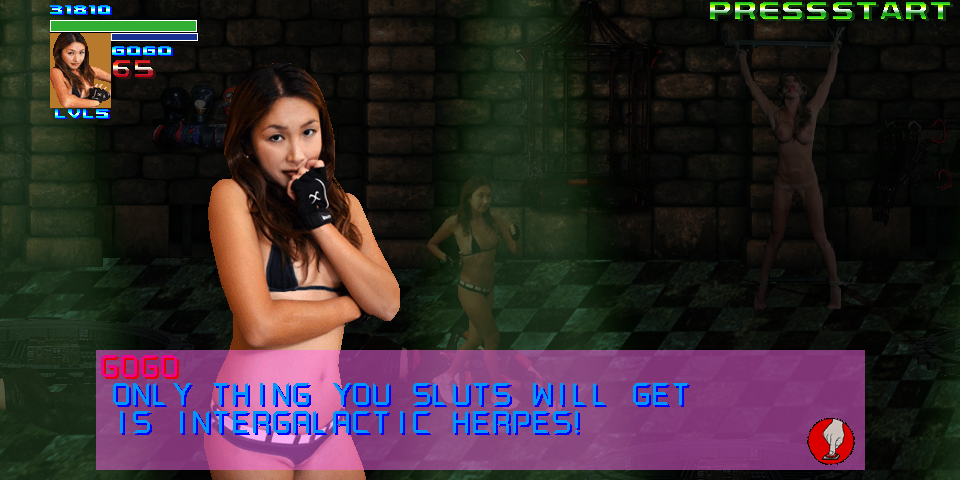 During the story mode, you are provided with a few other types of gameplay alongside the side scrolling beat ’em up goodness. These come in the form of a first-person view where your arrow keys control a gun’s crosshair to shoot aliens that pop up, and a side scrolling motorcycle level that has you shooting other vehicle-bound enemies. These extra types of gameplay also become available as new modes to play after beating the game twice.

[schema type=”review” url=”http://store.steampowered.com/app/529000/” name=”Bad Ass Babes on Steam” description=”Bad Ass Babes has got to be one of the crudest, most gratuitous games I’ve ever played, but I could help but have fun with the gameplay! Packed full of girls in incredibly skimpy clothing, hilarious looking enemies, plenty of nudity and nostalgic side scrolling beat ’em up action, Bad Ass Babes isn’t the type of game you expect it to be.” rev_name=”Bad Ass Babes Review” rev_body=”If you reminisce about the days of yore where you’d sit down in front of the TV and smash face in Streets of Rage, or if you’re just a pervert waiting to see some crude animations involving breasts, you might have a relatively good time playing Bad Ass Babes. Either way, perhaps you should give it a go. There looks to be more coming in the form of extra babes, more story and new sexy moves in the future, so stay tuned to the Steam page!” author=”GameReviews AU” pubdate=”2016-09-26″ user_review=”3″ min_review=”1″ max_review=”5″ ]