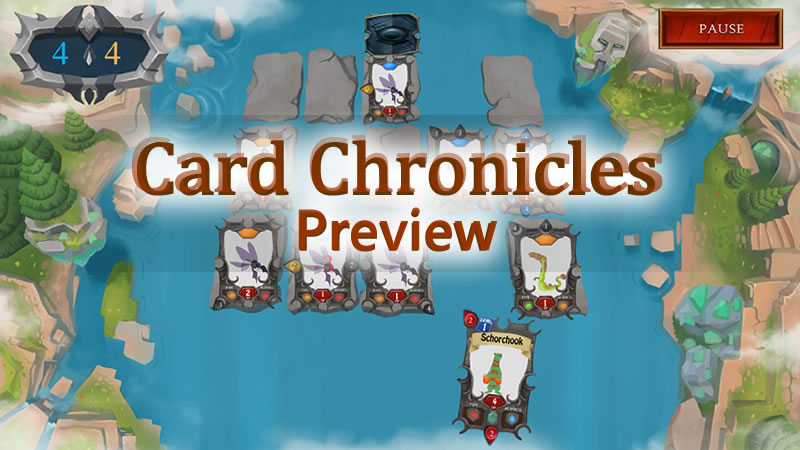 Indie developer John Crisp, is working on a neat little game called Card Chronicles. With a mix of The Witcher’s Gwent and Final Fantasy VIII’s Triple Triad, what we’ve seen from this game is very promising! Read more about the game in our Card Chronicles preview below.

*UPDATE* You can now visit the Card Chronicles website via the following link – http://www.cardchroniclesgame.com/ 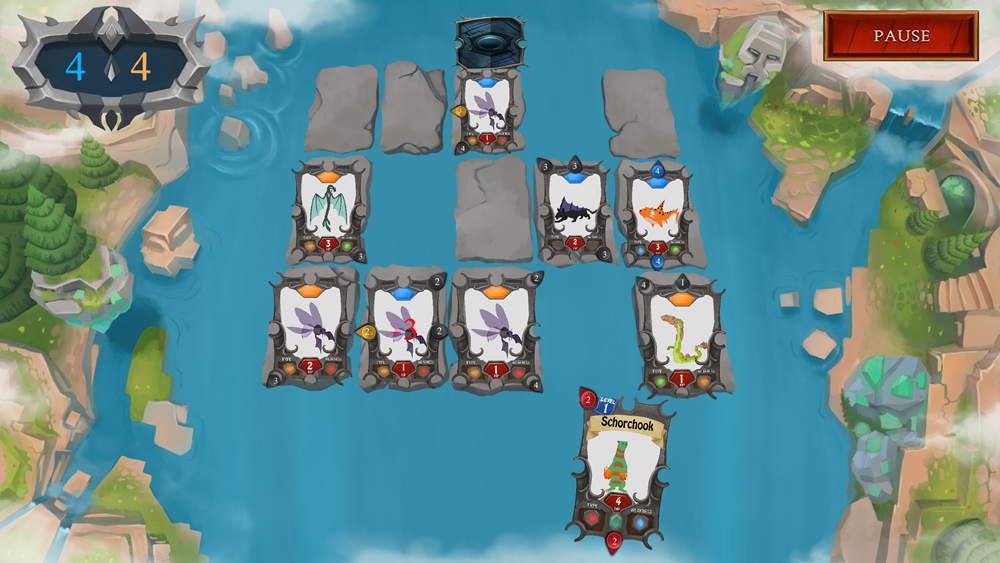 Card Chronicles is still very much in it’s Alpha testing phase at the moment but from what we’ve played, it looks like an incredibly addictive game.

Games are played out between two players. Each player chooses a hand of five cards consisting of any combination of cards that player owns. After a coin is flipped to determine who goes first, the gameboard of randomly generated tiles to place cards upon is displayed.

Elemental damage also come into play when attacking. If your card has an elemental attack facing an enemy card that is weak to that element, your card will do double damage.

The game ends when all cards have been played and the winner is whoever has the higher score. Scores are based on how many cards a player has put down and destroyed. The more of a player’s cards left alive, the higher their score will be.

As I said, Card Chronicles is still in Alpha phase but the gameplay itself is incredibly fleshed out. There will eventually be co-op play, a campaign, collectible card backs and heaps more.

Extra cards can be purchased at the cost of gold or crystals which are earned in-game. There’s also an extra touch of realism in the form of needing a case to hold your cards. Your case size can be upgraded at the cost of in-game currency.

With a game that is still in it’s early days, I’m very impressed with what there is. The graphics are creatively designed, the user-interface looks gorgeous and the gameplay is super addictive. I can’t wait to see more of Card Chronicles in the future!

Keep an eye/ear out for more news of Card Chronicles so you know when you can download it and play!

Download Spread the Number from the GooglePlay Store for free today!