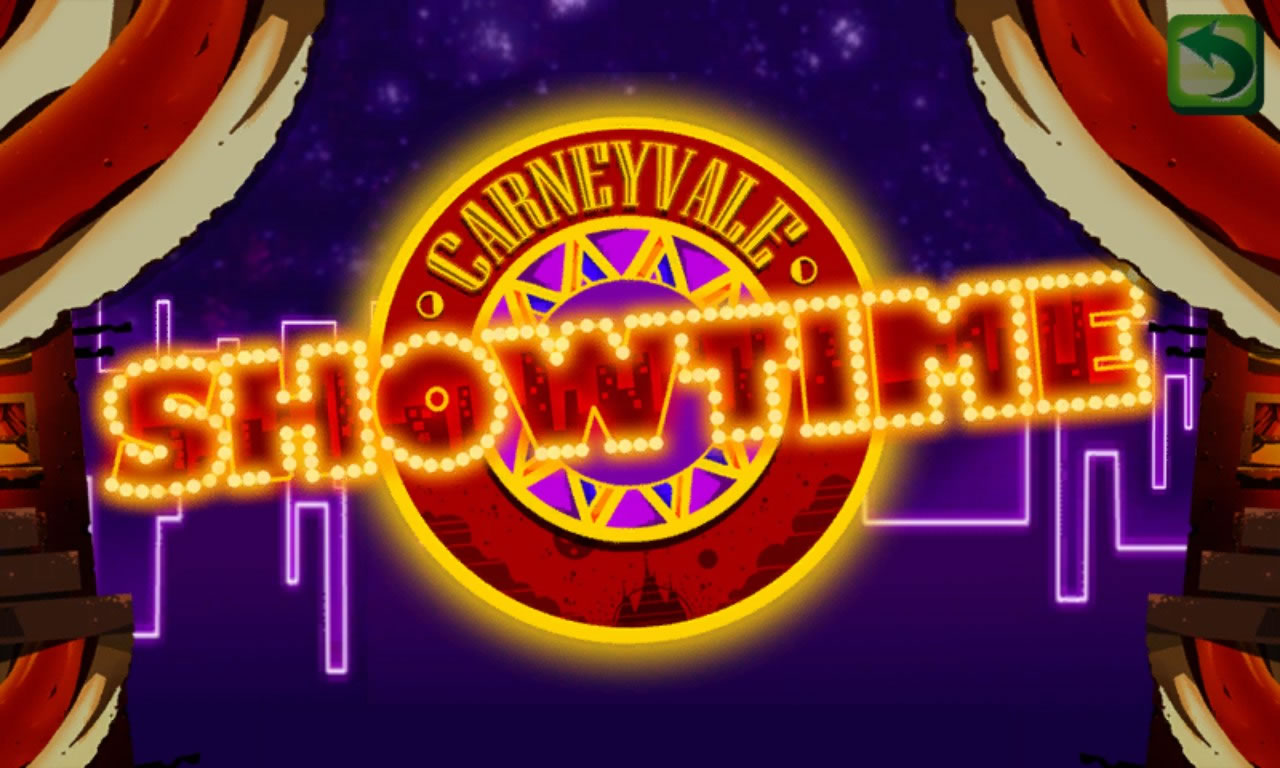 Creating a game belonging to who knows what genre, Appxplore have proven once again that they can create incredibly addictive games. Taking control of a clown called Slinky that moves like a ragdoll, you’ll flip, bounce and soar your way to victory through a ring of fire! Read the rest of our CarneyVale Showtime review below.

CarneyVale: Showtime is a very basic game that doesn’t really require much explaining. You control a clown called Slinky that moves like a ragdoll and have to safely guide him from the bottom of a pinball-esque level all the way up to the top and through a ring of fire. Basic concept but not that easy to master!

To get Slinky heading in an upwards direction, you utilise 360° spinning trapezes to latch onto your clown. You do this by holding your finger down on the screen of your device. As you continue to hold your finger down whilst the trapeze has hold of the clown, the spinning speeds up, eventually allowing you to release your touch and send Slinky soaring through the air in the direction you aimed him (or attempted to aim him) at.

There are more goals and tasks to undertake in CarneyVale: Showtime that don’t just involve getting a clown through a flaming hoop. Scattered around each level are balloons, stars, extra lives and ways to deplete your lives.

By collecting balloons, you will see a counter at the top left of your screen start to increase. This counter indicates how many balloons there are in a level and how many you have collected. In order to gain a perfect five star score at the end of a level, all balloons need to be acquired.

As well as balloons are golden stars to collect. These are generally placed in rather tricky areas to access. Sending your clown flying through a tight gap, collecting a star and being grabbed by a trapeze to carry on the level is an incredibly satisfying experience.

[schema type=”review” url=”https://geo.itunes.apple.com/us/app/carneyvale-showtime/id1052095932?mt=8&amp;at=11l32yZ” name=”Download CarneyVale: Showtime” description=”Crab War is what’s known as a clicker game. The concept of clicker games is to click, or tap the screen of your device as much as you can to achieve your goal. In fantasy style clicker games, you need to wreak havoc on monsters and other such enemies. Other clicker games like Tap Tycoon have you earning money with every tap so you can build your fortune.” rev_name=”CarneyVale Showtime Review” rev_body=”At such a small price-tag, CarneyVale: Showtime is well worth the time spent playing and would make a great addition to your little one’s game collection on your tablet/phone.” author=”GameReviews AU” pubdate=”2016-05-06″ user_review=”4″ min_review=”1″ max_review=”5″ ]