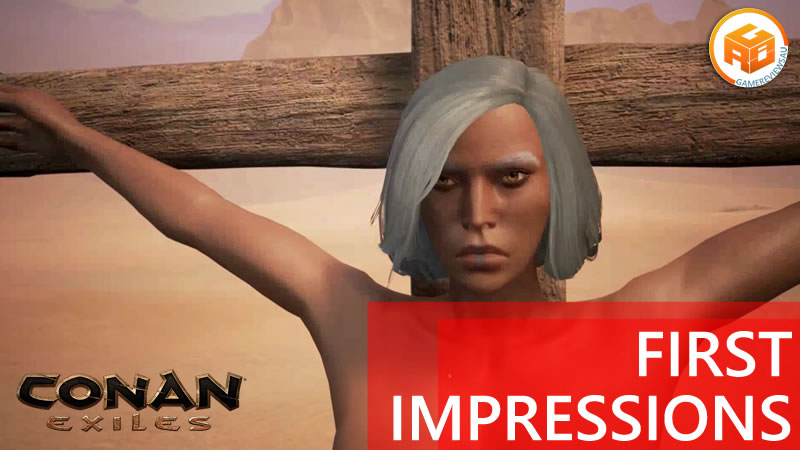 Age of Conan made a huge name for itself with it’s gameplay, combat mechanics and full-blown nudity. Conan Exiles moves toward being something quite similar but played from a first-person point of view and filled with crafting/survival mechanics. Watch our Conan Exiles Early Access first impressions video below to find out more!

Conan Exiles is the latest survival game to come to our gaming fingertips. In this you choose to be either a male or female exile and struggle to survive.

You start off with literally nothing but the skin on your back and have to craft everything from clothing and weapons to armour and fortresses. The game is still in early access so there is still much more to come in the future, but for the time being, Conan Exiles seems to be quite an enjoyable game.

P.s. there is full on nudity in this game, including male penises and testicles that flop around as you run everywhere. Don’t worry though, the same goes for female anatomy, but the focus in the media seems to be on the male body parts. Strange.

Make sure you check out our Conan Exiles Early Access first impressions video above and if you like it, go on and check out the game on Steam via the link at the top of this page!