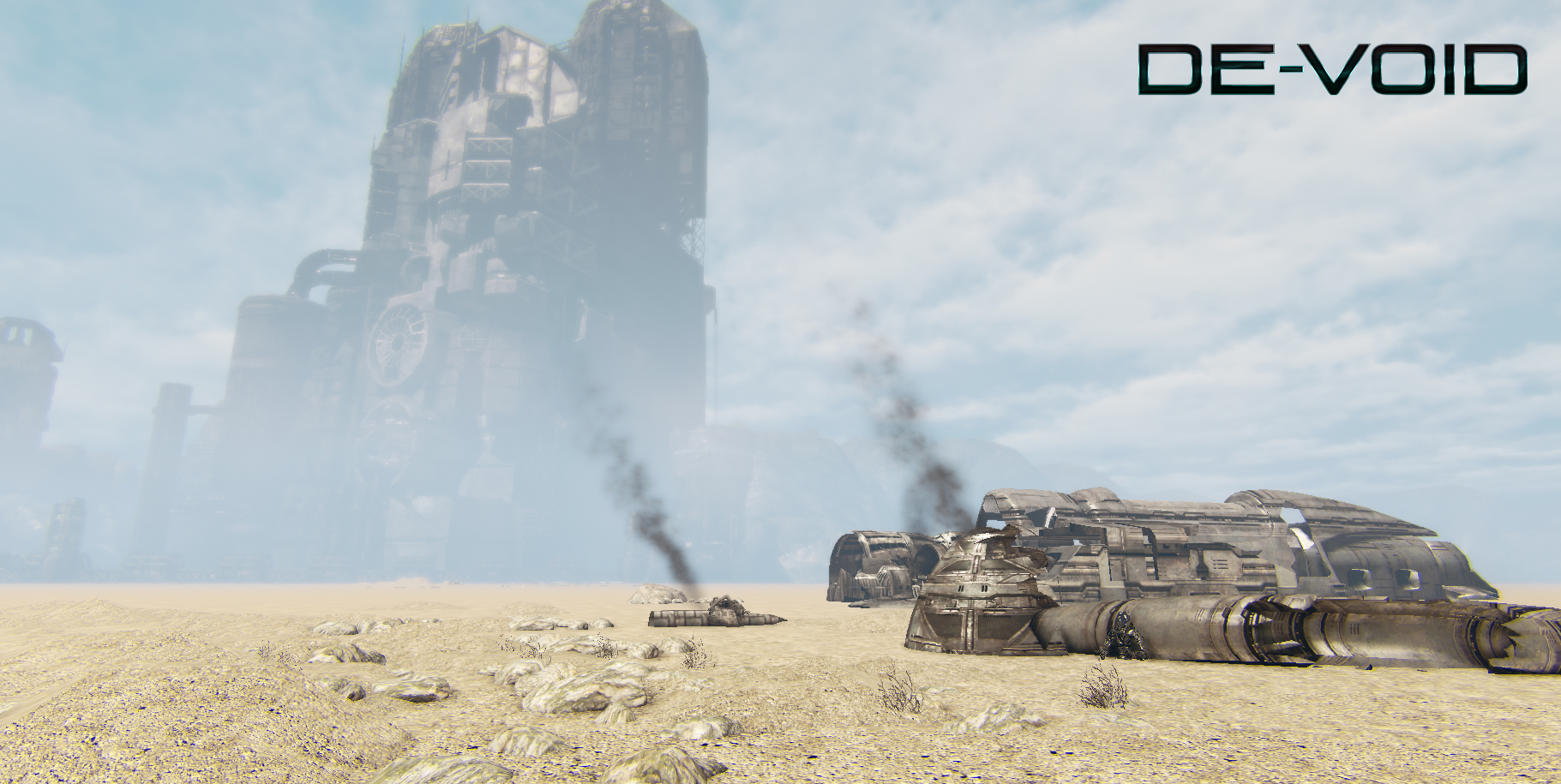 Releasing their second game since Solarix, we’re very pleased to publish Pulsetense Games’ De-void announcement! We can look forward to seeing what looks to be yet another amazing game by Pulsetense Games in August 2016.

*Update* Pulsetense Games have released a gameplay trailer along with their De-void announcement. Please see the video below.

De-void follows the science-fiction genre that Solarix also adopted. But this time the game is, as said by Pulsetense Games, a “meditative first-person adventure game”. The main premise is to piece together information to unravel the mysterious circumstances behind the disappearance of a remote space colony crew.

Taking control of a character known as Elizabeth, you acquire the help of a protocol unit called Wilco. As you explore and eventually find all the pieces required to put together the jigsaw, a confrontation with an ancient and impossibly vast presence becomes inevitable and unavoidable.

Watch the preview trailer accompanying the De-void announcement below.

After experiencing such a thought-provoking and slightly depressing story in Solarix, I really can’t wait to get into De-void and explore yet another breathtaking, desolate environment.