The menu screen mightn’t look that amazing and neither do the loading screens. But when you get into the actual gameplay of Dead Effect 2, you’ll be stunned that you’re playing on a mobile device! The high definition graphics and satisfying gameplay will keep your eyes glued to the game… until it crashes. Crashes aside, Dead Effect 2 accomplishes what a lot of free to play games cannot!

Price: Free with in app purchases

There is quite a stigma that accompanies free to play games.

Rarely do you find a free to play game that satisfies you without forcing you to do things you’d rather not. Thanks to Badfly Interactive, Dead Effect 2 provides a really solid and satisfying gaming experience that makes you genuinely interested to find out what’s around the next corner. 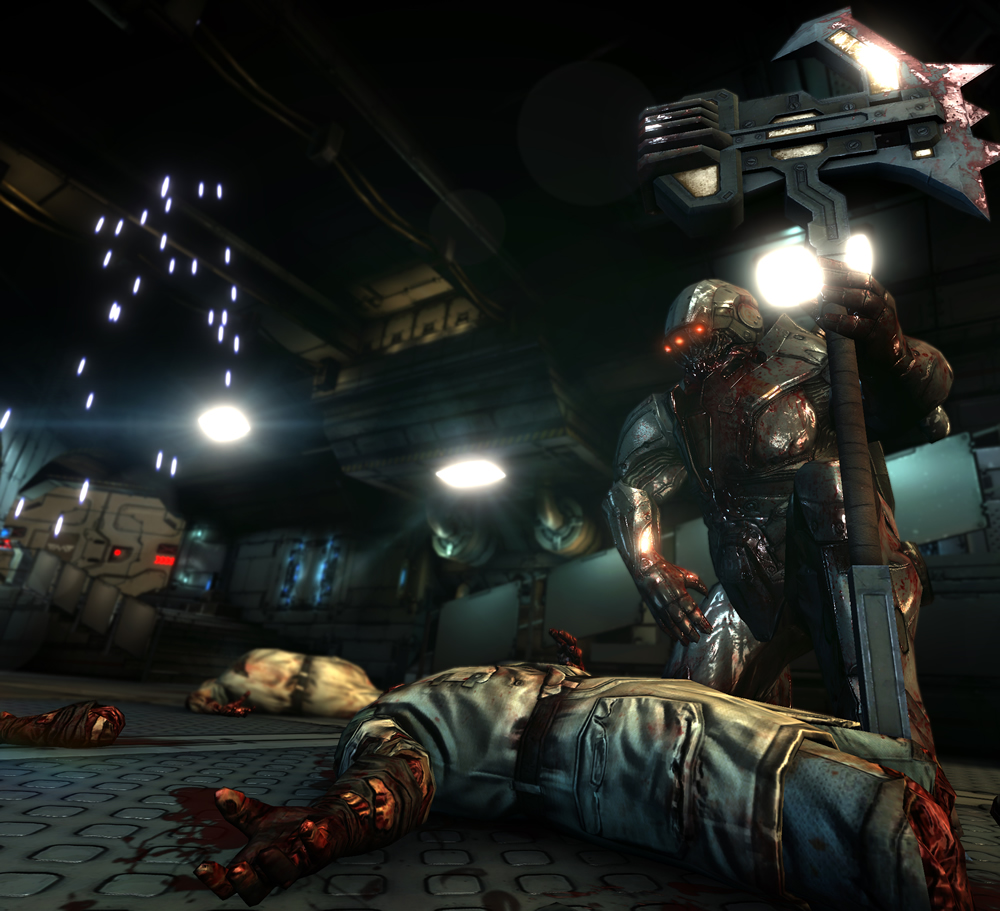 Dead Effect 2 picks up where the first installment left off. If you don’t want any kind of spoilers please skip the rest of this paragraph. You were warned! Professor Wagner, the antagonist of the first game, is dead. You are on the Spaceship ESS Meridian and need to fight soldiers, zombies, robots and other such monstrosities who are lingering around the facility. Other characters are introduced to you as you play who provide extra services such as weapons, missions and upgrades.

The story itself isn’t that amazing or memorable but it does do it’s job to provide the glue in between all the action, albeit with a pretty nasty script. The voice acting isn’t too shoddy but Badfly Interactive could have thought twice about some of the words used. *Ahem* “retard” should probably be avoided.

Being a first person shooter, you control the game via a ‘two-thumb’ approach. Your left thumb controls the direction you walk and your right thumb moves where you are looking as well as firing and using other abilities.

To begin with, you can login to play the game via Google+, Facebook or by using your email address. After which you are taken to a very bland looking start menu which allows you to commence play, tweak the options (which are quite plentiful) or check out the credits etc. 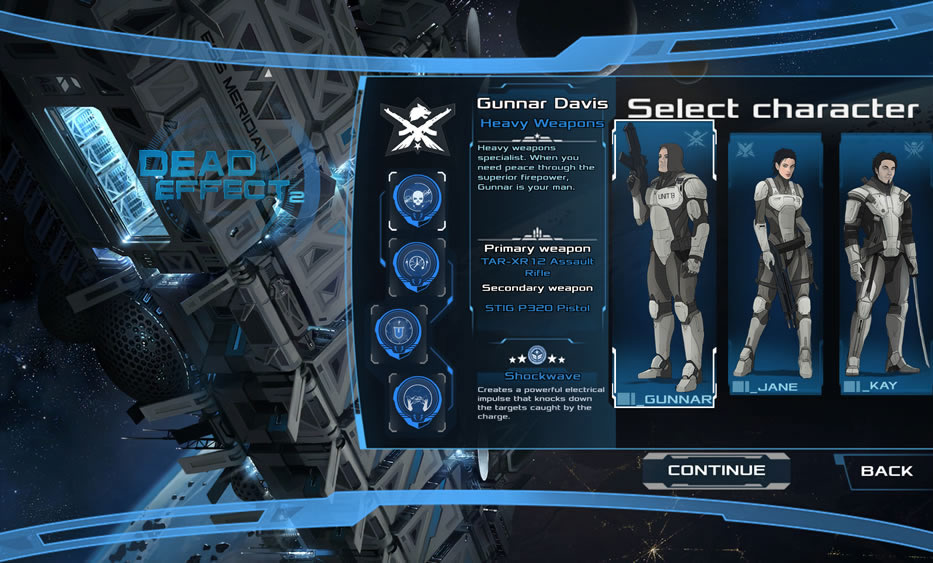 Starting the game provides you with a choice of character to play the game as. Each character has a range of different abilities and weapons that they will use throughout the game. I must say that I was a little confused as to whether or not I needed to choose a starting ability as well as making a choice on which character I wanted to control.

The abilities your character is in control of are actually really fun to use. The animations are superb and the effects really leave you with a feeling of satisfaction.

[schema type=”review” url=”https://geo.itunes.apple.com/au/app/dead-effect-2/id931273204?mt=8&at=11l32yZ” name=”Download Dead Effect 2″ description=”Should you be lucky enough to not experience any crashes whilst playing Dead Effect 2 then you’re going to have an absolute blast. The fighting is satisfying and the story is passable making it one of the better first person shooters I’ve seen on a mobile device.” rev_name=”Dead Effect 2 Review” rev_body=”If you happen to have a gamepad as well, then you’re going to be set for a good twenty or more hours. Head on over to the GooglePlay or Apple App store and get downloading!” author=”GameReviews AU” pubdate=”2015-09-21″ user_review=”4″ min_review=”1″ max_review=”5″ ]