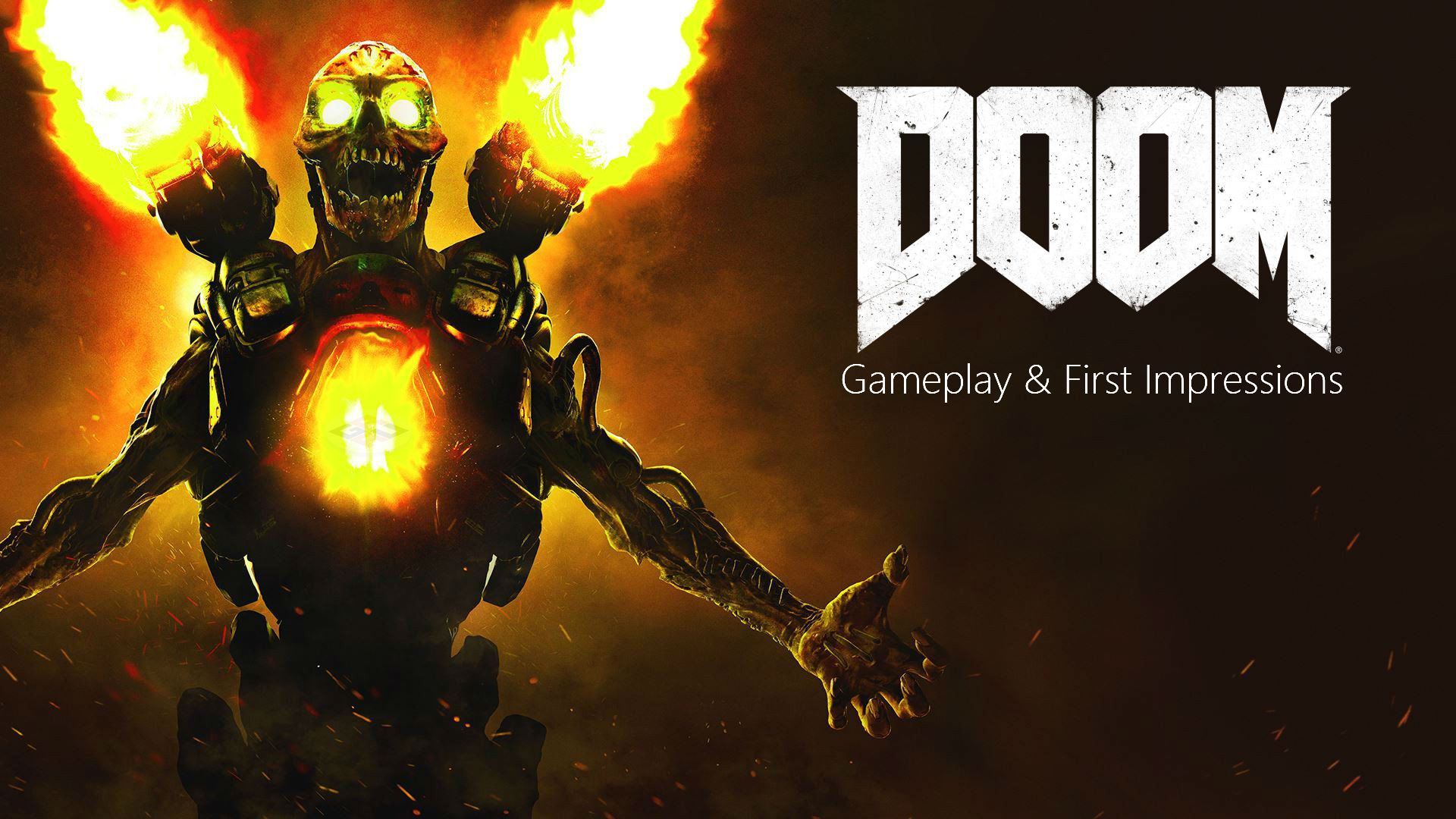 When I last played a DOOM game, I would have been a young ‘un running around thinking games couldn’t get any better than the 32-bit graphics found in the original 1993 version. Little did I know I’d one day be playing a graphically stupendous re-iteration of DOOM where I could actually control one of the demonic monstrosities destined to be hunted down in the original DOOM. Watch our DOOM gameplay and first impressions video on YouTube below to see more!

Over the weekend, the DOOM 2016 open beta was available for anyone and everyone to play. This beta allowed players to dive into the multiplayer of the upcoming May release by id Software.

In the multiplayer we got to change the colours of our character, customise our loadout and wreak havoc in the form of a massive demon armed with twin rocket launchers.

Feeling quite similar to multiplayer found in previous Quake games, DOOM provides two game modes that were fun and extremely fast-paced to play in. First we got to try out Warpath which requires a team to control a specific zone that is constantly moving through the arena. Secondly we smashed faces in the familiar Team Deathmatch mode.

The weaponry includes the usual machine gun-esque firearm, a rocket launcher and also some more powerful weapons like the Gauss Cannon that also helps reveal an enemy’s location.

Apart from weaponry, there are powerups scattered around the map such as, extra armour, quad damage or the powerful demon rune. If you manage to procure the demon rune, be prepared for some insane fun running around as a demon armed with twin rocket launchers on it’s shoulders. Your health also gets buffed but there is also a time limit as to how long you can stay a demon.

I didn’t get to try my hand at any of the acclaimed glory kills, but managed to get my head smashed in by another player’s glory kill. Check out our video to see it!

On another note, please check out our Patreon page and consider donating to make GameReviewsAU a bigger and better website! Any donation would be much appreciated!