Ever wanted to play a new game but don’t have enough money? There are heaps of free to play games out there just waiting for you to download them. Some games will entice you with new things at the cost of a premium currency which in turn, takes a chunk out of your hard earned, real life moolah. But when a game becomes P2W, you’ve really got to ask yourself if it’s worth your time.

So what’s the deal with free to play vs pay to win? A lot of people are put off by the thought of F2P games because of the constant heckling to spend your money to receive a “better gameplay experience”. And then there’s the odd F2P game that can be considered what is known as a pay to win game. Such examples that can be considered P2W would be: APB Reloaded, Ghost Recon: Phantoms, Clash of Clans and to a lesser extent Hearthstone.

What is a Pay To Win Game? 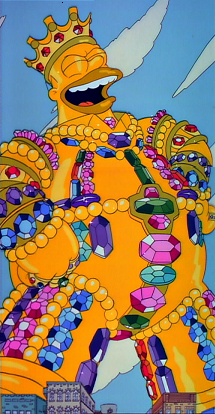 If a game provides an advantage by extracting real life money from a player, then it is pay to win. Why would Hearthstone be considered P2W you ask? Well think of it this way: a player goes through daily quest after daily quest, defeating opponents left right and centre and doesn’t spent a single real life cent in order to earn enough in-game gold to purchase card packs to strengthen their deck. They are playing at the same speed as everyone else who does the same and purely relying on their skill alone to progress.

In comes PayToWinPlaya who spends hundreds of bucks on packs of cards, thus ending up owning every single card the game has to offer. They’ve now got a strong advantage over FreeToPlayGamer because they can construct an ultimate deck from the cards purchased and no skill was required.

Free to Play games can still be enjoyed immensely without handing over a cent. Games like Nosgoth that only provide cosmetic upgrades at the cost of real life money or DoTA2 which also only offer cosmetic items at a real life price are the backbone of true free to play games. More so because these games actually require skill to be any good in a match. Cosmetic upgrades don’t provide any kind of buffs or advantages, they’re just there to make your character look pretty (and possibly show off the fact that you REALLY love the game you’re playing and are willing to support the developers by buying their cosmetic upgrades).

Personally I would very rarely consider paying my real life money to a game that is labelled as free to play. To me that just doesn’t make sense. I’ve downloaded a free to play game because of the lacking price tag so why would I then decide to fork out money for upgrades?

Don’t get me wrong, I’m not trying to tell everyone to never pay for anything in a F2P game, more that there is a way to enjoy free to play games absolutely free. But if you’re going to pay money, weigh up the costs.

Seen some cosmetic upgrades you’re just dying to get your hands on? Think about how much money you’d be spending and then compare it to how much a full paid game would be. Does it cost more? IMHO the cost outweighs the worth.

Found a game that seems like it’s pay to win? Just find something else to play. As soon as a game becomes P2W, the enjoyment will swiftly decline. If anything I’d like to see P2W mechanics abolished.

Remember the good old days when a game required skill to get anywhere? Seems like those days have been replaced by a world of gamers who need blatant and unfair advantages in order to win. But are they really winning? Not really… Where’s the fun in skipping all the gameplay to instantly upgrade your character at the cost of real life money? Kinda shows that you’re obviously not that good a player. But to each their own!

If you have any opinions of F2P vs P2W, please write them in the comments below, or write a list of your favourite F2P games so others can benefit from your knowledge!