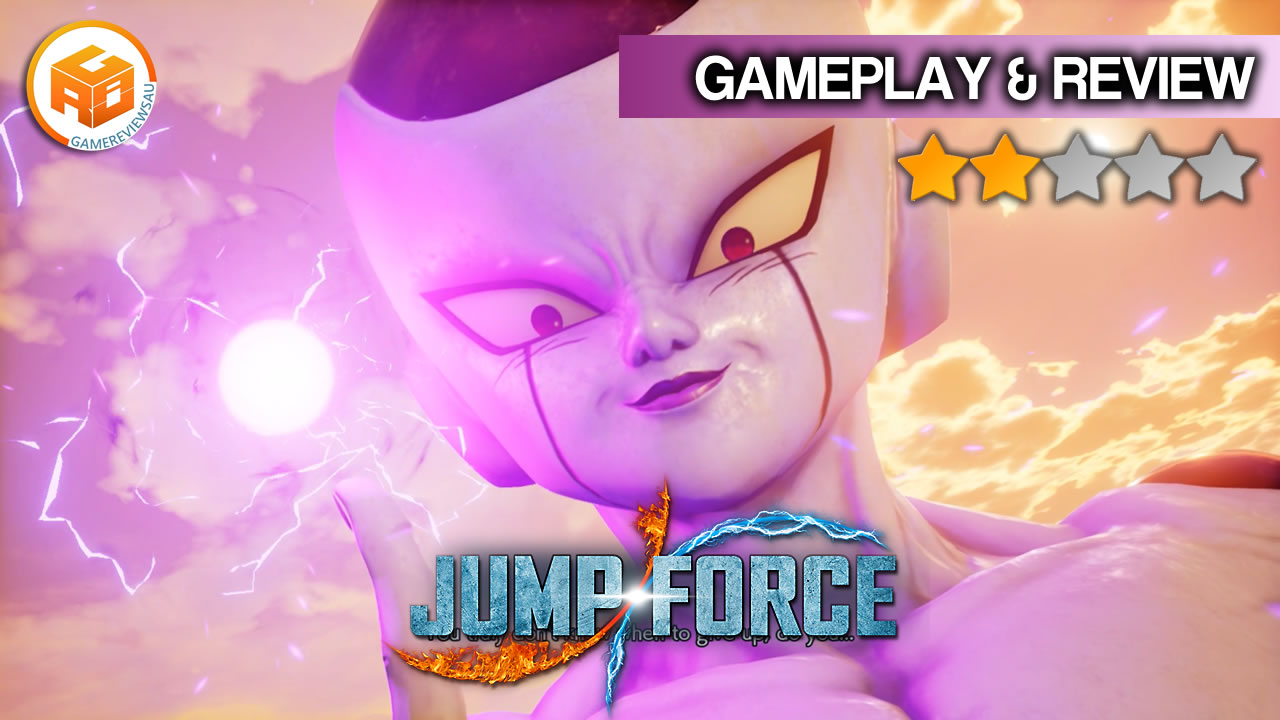 Ever wanted to set Luffy against Naruto? Or maybe Deku against Vageta? In Jump Force you can do just that! … but that’s about all you can do. Find out more in our Jump Force Gameplay and Review video below.

When I first heard about Jump Force, I was so excited! The graphics were stunning and the concept seemed super cool to me as I’m such a huge fan of Anime.

As soon as I started playing I was super impressed with the cinematic sequences and got so pumped about playing. But then I got directed through the tutorial and found the controls are absolutely horrid on a keyboard! Not owning a game controller, I ploughed on and found the mechanics to be very rigid.

Jump Force is the first game of 2019 to ruin my drams.

Make sure you check out our Jump Force gameplay and review video above and if you like it, go on and check out the game via the links at the top of this page!