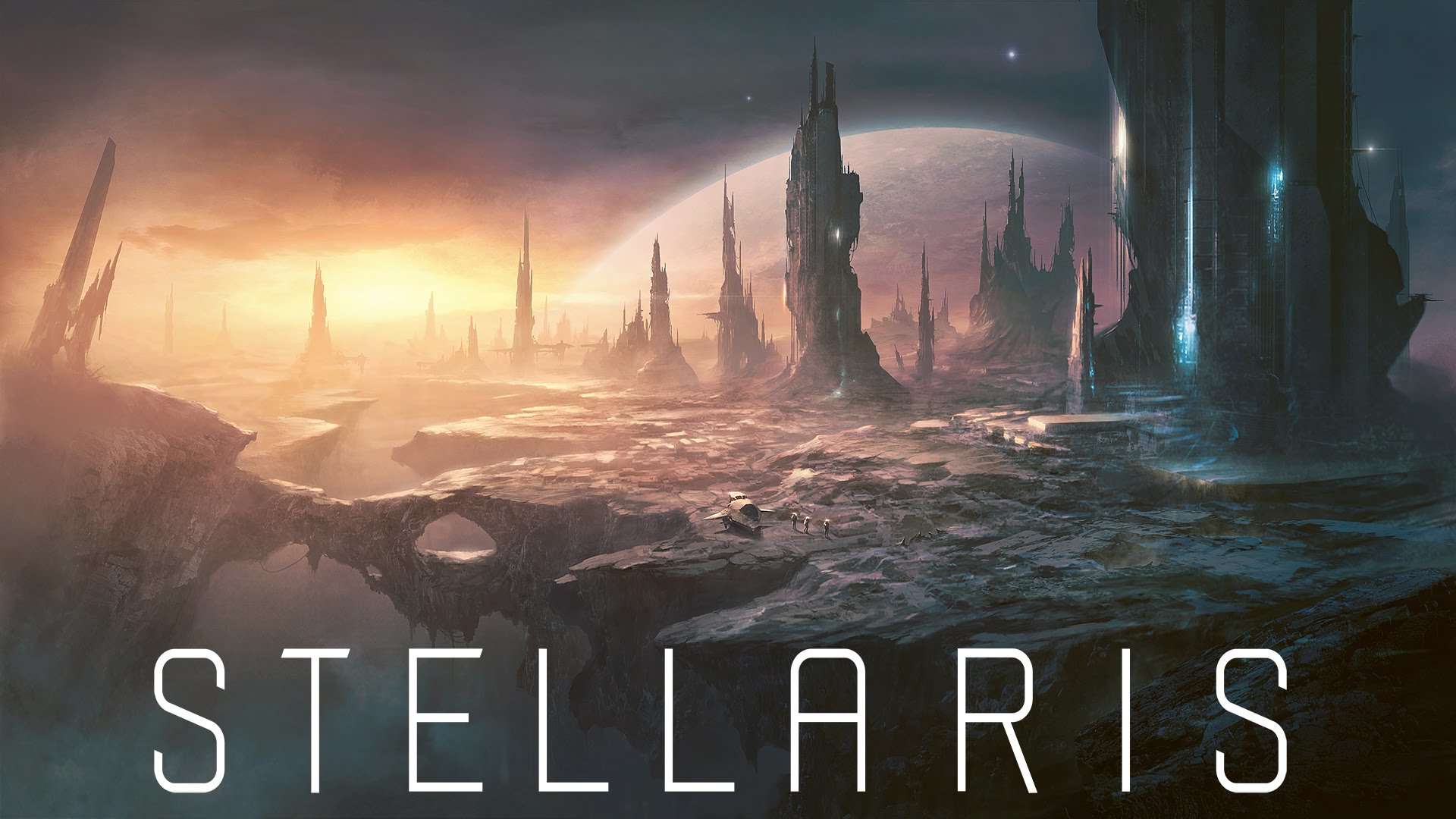 Stellaris is the latest offering by Paradox Interactive, known for its historical grand strategy franchises, Crusader Kings and Europa Universalis. Will it fly too close to the sun, or will it build a frontier outpost on that sun and claim the system in the name of the empire. Read our Stellaris review to find out.

Stellaris boldly goes where no Paradox Interactive game has gone before. In this new 4X/grand strategy game, you play as an advanced species that has just discovered interstellar travel. There are two victory conditions: Conquest, achieved by destroying or subjugating your competitors; and Domination, achieved by controlling forty percent of all habitable planets. It’s up to you whether you achieve this by aggressive expansion, out­teching your competitors, building an unstoppable military, making strategic alliances, or any combination of the above. Being a sandbox game, the direction your empire takes is entirely up to you.

Stellaris hits you with options from the second you click “New Game”. You can choose from several premade species, each of which are centered around a strategic theme such as rapid expansion or fast research ­ or you can create your own from scratch. Each species will have its own ethoses, traits, preferred climates, and methods of interstellar travel, ­ all of which will affect your optimal strategy.

Your species starts out in control of a single planet with a small fleet. Your science vessel is your explorer, able to scan systems and uncover harvestable resources and potentially habitable planets. Sometimes your scans will uncover an anomaly which you can then investigate for potential rewards. Your construction ship is able to build stations that can harvest a planet or moon’s resources, observe a primitive species, or stake your claim on a system. You’ll also have several corvettes, which are the basic combat ship. A tutorial is available to get you started, or you can jump right into building your empire your own way.

The early game in Stellaris is a lot of fun, as you explore your corner of the galaxy. You will be given various mini­ missions to carry out for rewards, but it’s entirely up to you whether you pursue them or not.

As you build up your empire, discovering neighbouring systems, resources and habitable worlds, you’ll also encounter alien life forms, ­ some neutral and some hostile. It’s entirely up to you whether to research a way to communicate with them, or just start shooting. Speaking of research, tech is unsurprisingly a huge part of the game. There are three areas of research: Physics, Society and Engineering. Physics is for high tech things like warp drives and energy generators; Society is for buildings and ideas that affect your population; and Engineering consists largely of things that go boom or pew. Don’t worry, you don’t have to choose one, as ­ you’re able to have one scientist working on each tech simultaneously.

[schema type=”review” url=”http://store.steampowered.com/app/281990/” name=”Stellaris on Steam” description=”Stellaris is the latest offering by Paradox Interactive, known for its historical grand strategy franchises, Crusader Kings and Europa Universalis. Will it fly too close to the sun, or will it build a frontier outpost on that sun and claim the system in the name of the empire.” rev_name=”Stellaris Review” rev_body=”I strongly recommend Stellaris to any 4X/grand strategy fans who love complexity, and with Paradox Interactive’s tendency to add features for years to come, it’s just going to get better.” author=”GameReviews AU” pubdate=”2016-05-17″ user_review=”4″ min_review=”1″ max_review=”5″ ]