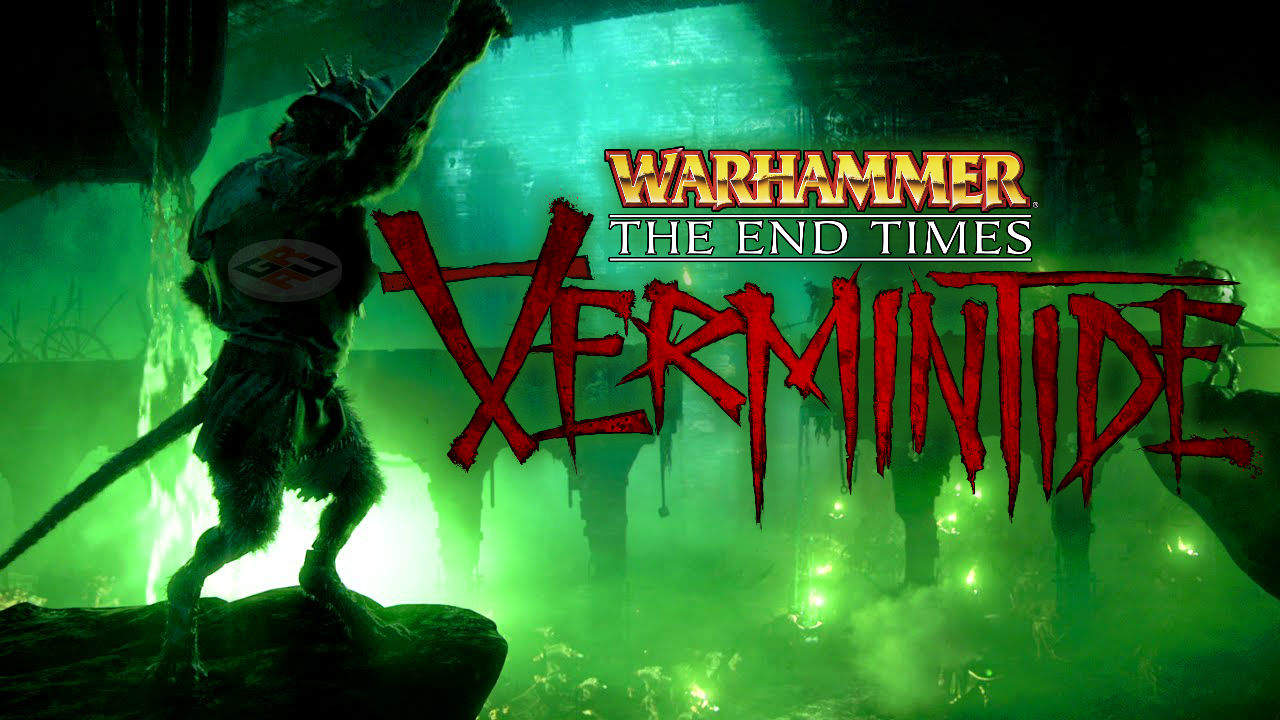 How Does It Play?

As I have mentioned earlier, Warhammer: End Times – Vermintide is a first person game similar to what you may have experienced in The Elder Scrolls V: Skyrim. Melee weapons take the place of the usual primary ranged weapons in most first-person games, but secondary ranged weapons are also available to pick off enemies from a distance. Ammunition can be quite scarce, so Vermintide does a great job at encouraging you to get into the thick of combat, swinging your melee weapons around and letting rat flesh fly.

Unfortunately only providing a first-person view leaves a good number of gamers a bit left out. Those who suffer from game-induced motion sickness may find the constant movement from a first-person point of view to become quite sickening. I understand that the true immersion of Vermintide comes from looking directly through the eyes of the character you have chosen, but an optional third-person view would greatly help gamers who suffer from the aforementioned sickness.

Anyway, getting back to how the game plays. Starting at the Red Moon Inn, you can head out on missions with three A.I. controlled players or join up with three of your mates to tackle the Skaven forces.

If you prefer to “solo” games and choose to play only with A.I. allies, be prepared for a slightly frustrating time. The A.I. in Vermintide is good enough to be able to play a mission through seamlessly, so long as you don’t get attached by an Assassin Rat or dragged away by a Packmaster. Often times if this happens, you’ll see your allies running around in circles not helping in the slightest. And when playing with the A.I., your death or incapacitation results in a failure for the mission. Playing with human controlled characters is much more preferable if you wish to see progress.

Different missions are available such as story-progressing ones that have you accomplishing a specified task like blowing a giant horn to sound an alert, finding a wizard, or taking out some Skaven machinery. Other missions come in the form of gathering barrels or wheat sacks etc.

Missions can last as long as one or two hours depending on how you play, and multiple difficulties are available starting at easy and going all the way up to cataclysm. If you’re a seasoned gamer, starting on normal or hard difficulty will suffice, but if you’re a newcomer to first-person games, easy does a great job at letting you slide into the gameplay.

At the start of each mission you are given one last chance to change your loadout, but not your character. By accessing your inventory, you can re-equip yourself with different melee or ranged weapons depending on how you think a level will play out.

As soon as you come across your first lot of Skaven, it’s on. These ratmen will be lurking around every corner and come at you in relentless waves. There are a good range of Skaven troops to take on, some going down with one hit, others requiring you to mainly aim for their heads or use armour penetrating weapons. Rat Ogres can be an incredibly tough challenge when playing with A.I. allies, but when accompanied by good human team mates, Rat Ogres can be felled swiftly with good teamwork.

Booming horns will sound occasionally, which indicates a large swarm of what I liked to call “Pink Ratmen” or “Naked Ratmen”, to come charging at you from all sides. These are the ones that go down with one hit, and if you’ve got a weapon that has a good charge-up attack radius, you’ll decimate a good number of them in one fell swoop.

The combat in Warhammer: End Times – Vermintide is so satisfying and at times quite challenging. Melee attacks make contact with enemies in such a gratifying way that it feels a little bit horrible to take such pleasure in their deaths. And ranged weapons are even more fun to use for blowing the heads from the shoulders of those nasty Skaven. Getting the killing blow on an “elite” Skaven such as a Stormvermin or Ratling Gunner is indicated via a small flash of text on the left hand side of the screen so other players can bask in the glory of your awesomeness.

During a mission you have five inventory slots to take advantage of. The first two slots are for your melee and ranged weapon. Thirdly comes a slot for a healing item, either a potion or medikit (which can also be used to heal your teammates). There’s also room for a buff potion that can increase your speed or strength. The final slot can hold a bomb, either incendiary or explosive.

At the end of a mission you are awarded with experience points and you also get a chance to roll some dice to score new and better equipment. To help increase your chances of a die landing the right way up, you can find loot die hidden away in chests, or carry tomes/grimoires to the end of a level. Be mindful though, tomes and grimoires take up your healing item and buff potion slots respectively.