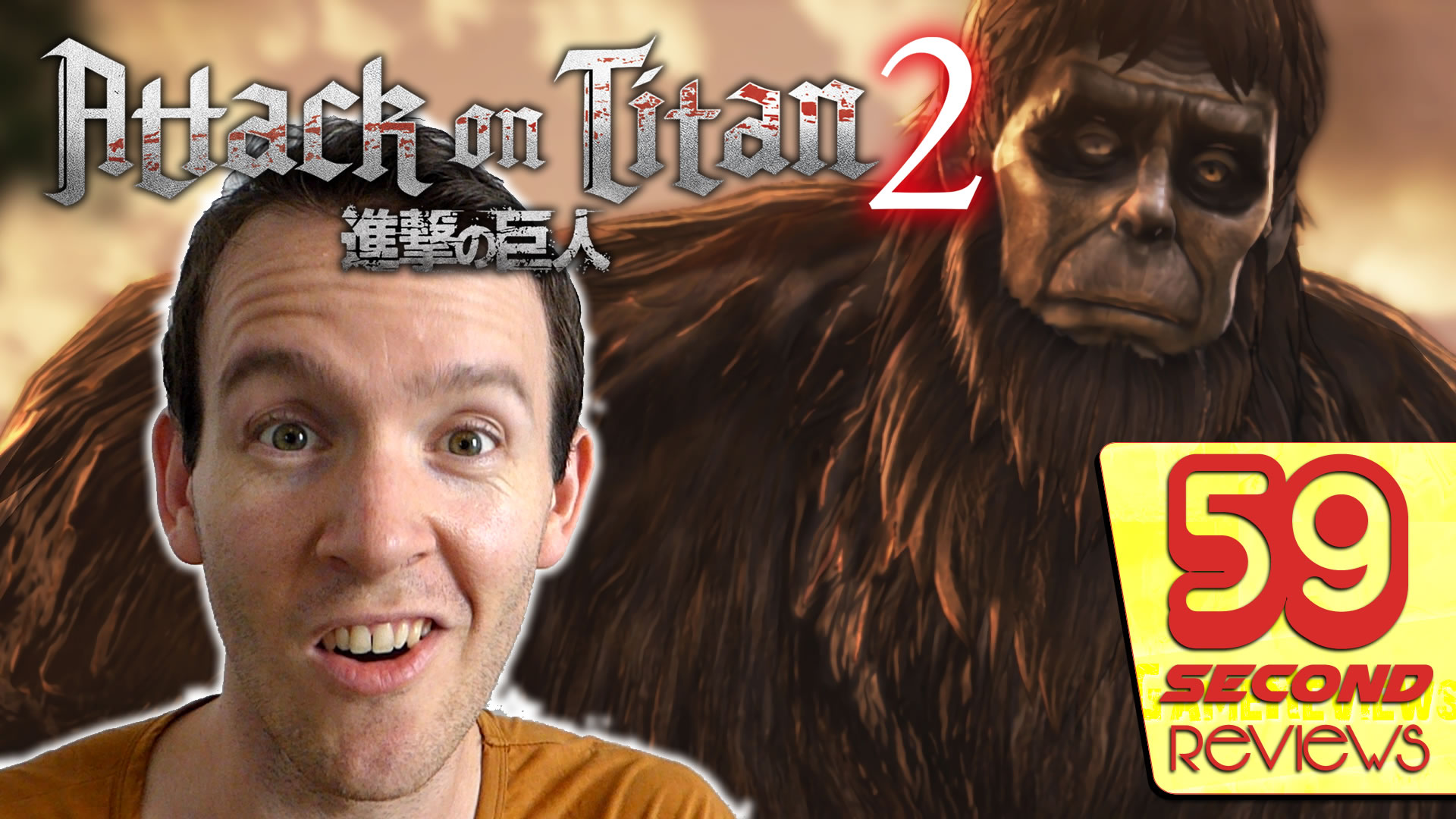 The first Attack on Titan game was pretty damn good, but the horrible PC controls made it nearly unplayable. It kinda put me off games like this on PC but I am so glad I gave Attack on Titan 2 a chance. It is so amazing and immerses you in the excitement of taking out titans so well that you won’t want to stop playing! Watch our Attack on Titan 2 Game 59 Second Review below to find out why!

If you watched the Attack on Titan Anime series, you will have experienced one of the weirdest yet incredibly exciting stories to be turned into a Japanese animated series. It’s full of 50 foot tall, naked, human-looking titans who eat humans, and specially trained soldiers who swing around cities and forests using special grappling hook equipment while they cut down the titans with deathly sharp swords.

The Anime itself is so exciting to watch (the second season a little less so due to it’s slow pace) that experiencing the story in game form is an Anime lover’s wet dream. The first AoT game kind of pulled it off, but the second AoT game truly does justice to the Anime.

Make sure you check out our Attack on Titan 2 Game 59 Second Review above.