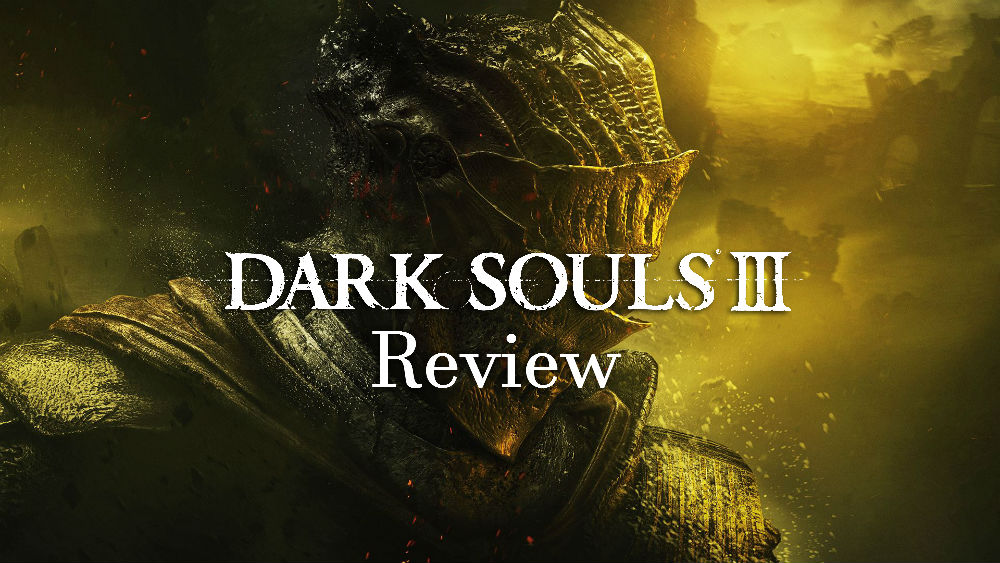 Dead. Dead again. Fast forward two hours and yes… I had died again. This was my experience of the very first area in Dark Souls III, but despite all the deaths, I couldn’t help myself from struggling on and trying to interpret the attack patterns of the first boss so I could see how punishing the second boss was! Read our Dark Souls III review to find out.

It all started in a graveyard. You are an “Unkindled”; a being who is considered to be lesser than the Undead and created from the remains of an Undead warrior. From this first area you’re thrown right into the deep end of one of the most difficult games to date. There’s no tutorial. There’s no learning curve. Everything starts off at a difficulty setting that’ll most likely result in you dying over and over until you work out just the right tactic to adopt in order to progress.

My experience started with a beautifully animated introduction movie that explained why you are doing what you do. Below is a transcript of the story taken from the Dark Souls III Wiki:

Yes, indeed, it is called Lothric,
Where the transitory lands of the Lords of Cinder converge.
In venturing north, pilgrims discover the truth of the old words.
The fire fades and the lords go without thrones.
When the link of fire is threatened, the bell tolls,
Unearthing the old Lords of Cinder from their graves:
Aldrich Saint of the Deep
Farron’s Undead Legion, The Abyss Watchers
and the reclusive lord of the profaned capital,
Yhorm The Giant
Only in truth the lords will abandon their thrones
and the Unkindled will rise
Nameless accursed undead,
Unfit even to be cinder.
And so it is,
That ash seeketh embers.

Players of the first two installations in the Dark Souls series might know what all this means, but me being a total newcomer to the series found it a bit complex, yet intriguing. The only way to truly find out what all this meant was to play on.

What I first noticed about Dark Souls III was the lack of a tutorial. There are little fiery areas scattered around levels that let you know which buttons do what, but playing on a PC with a mouse and keyboard, the buttons being displayed were obviously for a gaming or Xbox One controller so I had to keep consulting the keyboard settings to know what to do anyway.

After getting a basic grasp on how to play, I started to take on some enemies. Who would have thought a game would be so difficult that you’d be dying during the first couple of fights? Well, that’s what happened to me. A few individual monsters were easy enough to take on (most of the time), but when I was faced with two or more enemies, it was obvious my playstyle had to change. Having chosen the Herald class for my character, I had to work out how to utilise parrying effectively and when to know I should be blocking and swinging my spear.

A few deaths later I felt confident enough to take on regular enemies. That’s when I found a little path leading off to the right which had a sign posted saying to turn back. Thinking I was top stuff after learning how to parry some minions, I ignored the sign and carried on. This was my first encounter with a boss. For those in the know, it was the Ice Lizard who handed my arse back to me on a silver platter. Lesson one learnt: read signs and listen to them.

[schema type=”review” url=”http://store.steampowered.com/app/374320/” name=”Dark Souls III on Steam” description=”Dead. Dead again. Fast forward two hours and yes… I had died again. This was my experience of the very first area in Dark Souls III, but despite all the deaths, I couldn’t help myself from struggling on and trying to interpret the attack patterns of the first boss so I could see how punishing the second boss was!” rev_name=”Dark Souls III Review” rev_body=”Dark Souls III is a game of epic proportion and the inclusion of PVP makes it something that you’ll most likely spend weeks, if not months playing through. However, the level of difficulty is real. When you hear about Dark Souls being a hard game, don’t doubt it for one second or you may end up regretting it.” author=”GameReviews AU” pubdate=”2016-05-26″ user_review=”4″ min_review=”1″ max_review=”5″ ]