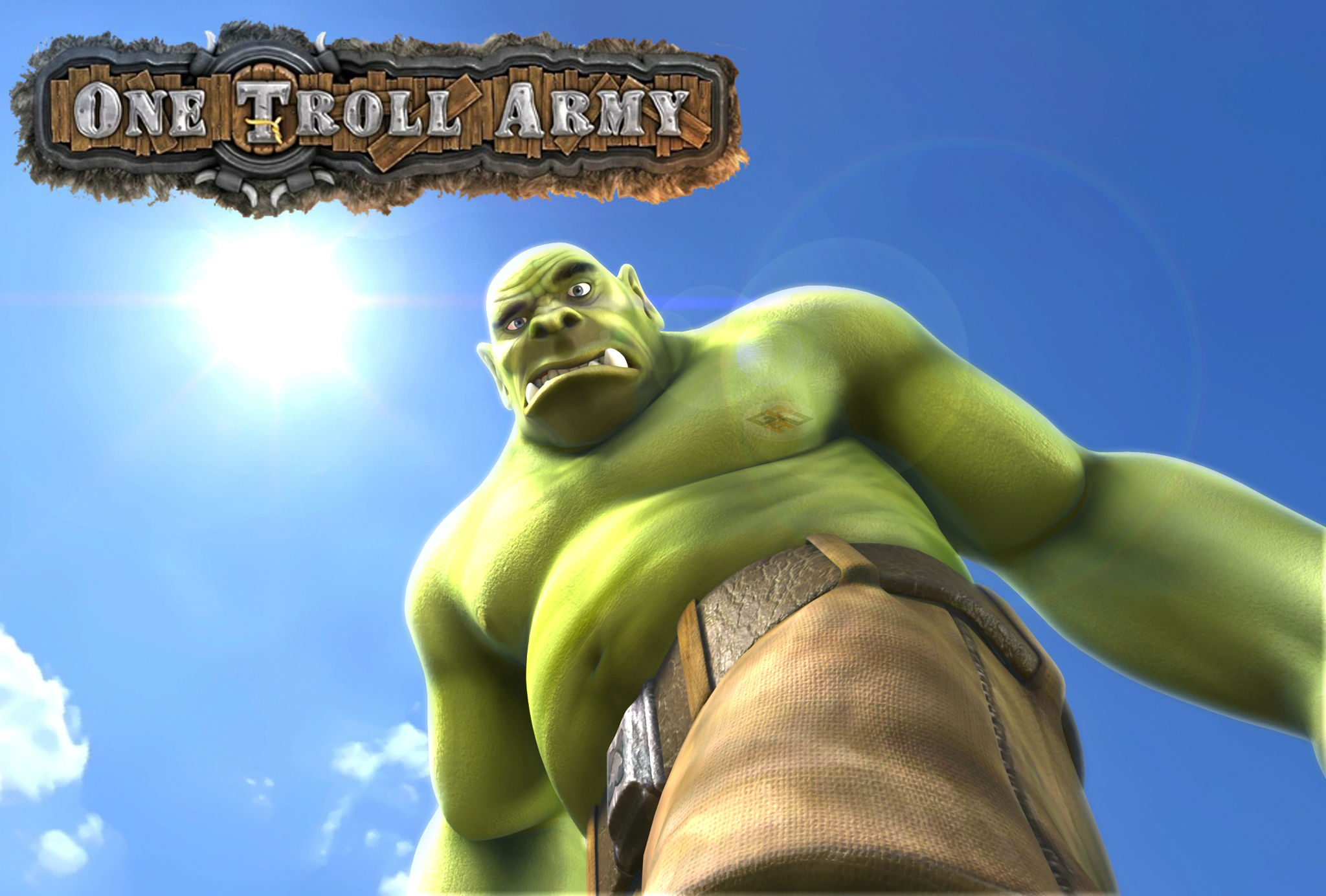 One Troll Army is a hidden gem, and the fact it’s free to play makes the experience all the more sweet. Controlling one boss troll with a rather in-depth skill tree, it’s up to you to hold back waves of enemies swarming towards a goblin’s fort. Decimate your foes and help the goblins upgrade their fort in this incredibly addictive indie game. Read the rest of our One Troll Army review below.

I’m a bit on the fence when it comes to tower defence games, and when I first saw One Troll Army, it gave me the impression it wouldn’t provide much more than the most basic tower defence game available. How delightful it was to learn I was incredibly wrong!

One Troll Army starts you off with a story as to why this massive troll is protecting a bunch of scrawny goblins. Basically they summon this gargantuan green beast and ask for his help. The troll is then offered gold, armour and new moves in exchange for his protection. But promises of loot and riches isn’t the only reason the troll accepts their request; he also like the cut of their jib!

In One Troll Army, you control the troll with your mouse. Left-clicking makes him move or attack, right-clicking or using the ‘WASD’/arrow keys move the camera around, and middle-clicking lets you zoom in and rotate the camera view.

By clicking on or pressing the number keys at the top of your keyboard to activate abilities and attacks, you are given the upper hand when laying waste to the hordes of varying monsters.

Apart from abilities like jumping, causing massive earthquakes or taunting (which can be learned by the detailed skill tree), you can also help protect the goblin’s fort by upgrading it. Upgrades come at the cost of gold, loot, wood and other resources, which can be harvested by goblin workers.

Similar to games like Starcraft and Warcraft, workers are required to gather these resources. Unlike Warcraft/Starcraft, you cannot select your workers to command them to do different jobs. Instead they are all controlled via a workers section that provides slider bars to control how many workers are assigned to each job. For example, if you’ve just finished taking care of an invasion of buffalos and rhinos, you’ll need to assign a good amount of workers to go out and collect the loot dropped by the enemies. Workers will finish the previous job assigned to them before taking on a new job, so you don’t have to worry about checking to see who’s doing what before making a move.

Building the upgrades required to make the goblin’s fort stronger will need workers to be assigned the job of builders. Builders will head to the building they’re needed at and will take some time to make the upgrades. Progress is measured by a gauge that shows a percentage to indicate how close a job is to completion. Different upgrades come in the form of archer towers, barracks, stronger walls, storage rooms etc. Most levels require you to upgrade everything to a certain level before you can move on to the next.

The first couple of levels you can play introduce you nice and easily to how the game works via mini-missions such as assigning workers to harvest lumber, or hiring orc mercenaries from the tavern. It’s once you get past the first level that the game really starts to test your mettle.

[schema type=”review” url=”http://store.steampowered.com/app/438680/” name=”One Troll Army on Steam” description=”One Troll Army is a hidden gem, and the fact it’s free to play makes the experience all the more sweet. Controlling one boss troll with a rather in-depth skill tree, it’s up to you to hold back waves of enemies swarming towards a goblin’s fort. Decimate your foes and help the goblins upgrade their fort in this incredibly addictive indie game.” rev_name=”One Troll Army Review” rev_body=”All in all, One Troll Army is splendidly done, provides a very decent amount of hours gameplay and is free! Please fork out the $1.99USD and get the Costume Sets DLC if you pick up One Troll Army. The developers deserve it.” author=”GameReviews AU” pubdate=”2016-06-13″ user_review=”4″ min_review=”1″ max_review=”5″ ]