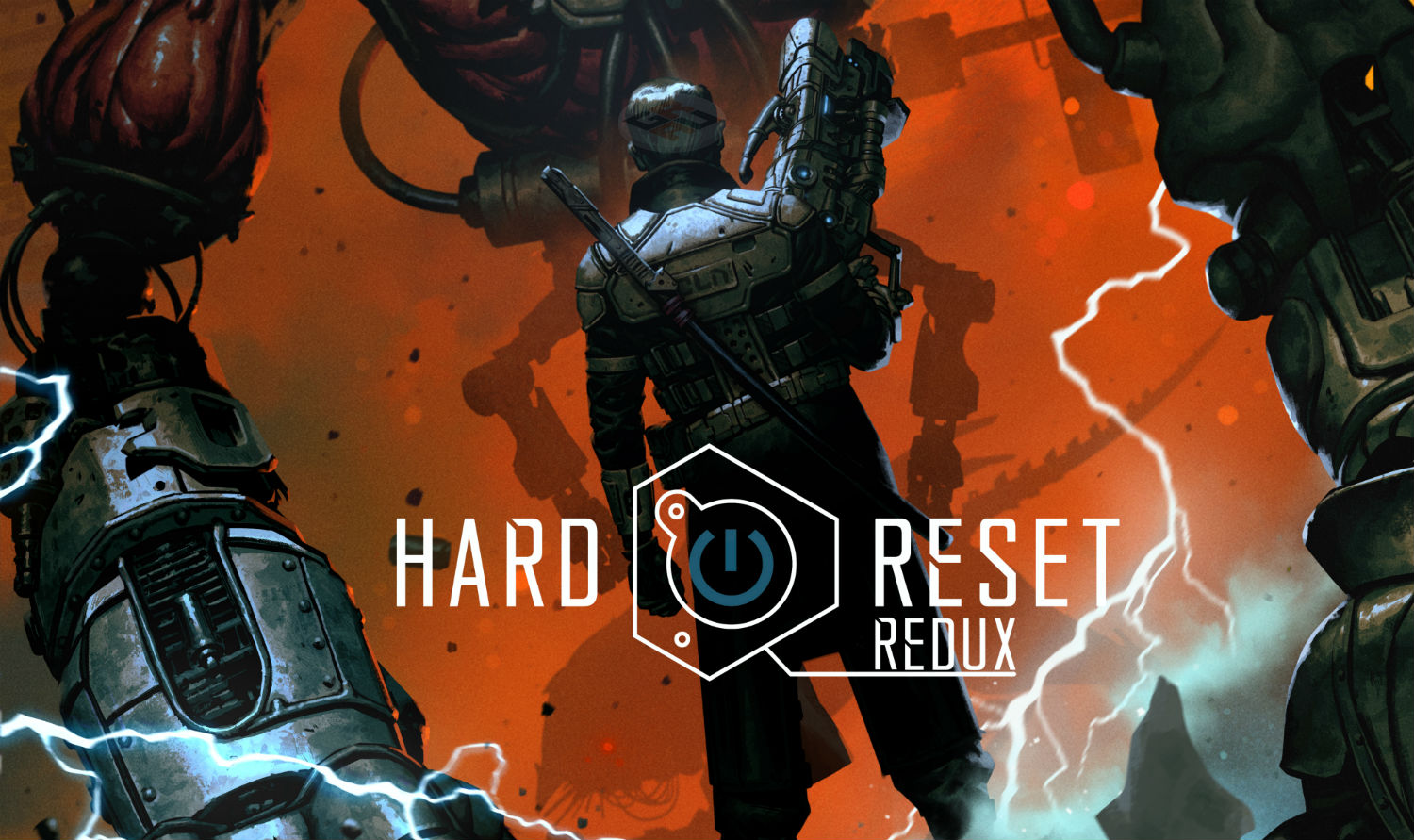 Hard Reset was originally released in 2011 and was enjoyed by cyberpunk fans around the gaming world. It was met with mixed, but overall positive reviews. Now Flying Wild Hog have decided to resurrect an older title and add some new life to it with Hard Reset Redux. Read what the new iteration of Hard Reset is like in our Hard Reset Redux review below.

Humanity is on the verge of extinction in a world we would no longer recognise. Living in the last closed city, Bezoar, mankind stand united against machines which control vast areas of what became the ‘Barrens’. The machines strive to control and assimilate ‘The Sanctuary’, a network holding billions of digitised human minds. Major Fletcher, a soldier of CLN – a corporation combat unit with the main goal of protecting the city; moves in when Bezoar’s protective barrier is breached by the constant assault of the machines.

This is the story of Hard Reset, and it sounds quite clichéd. Machines go against humans, and humans are forced to try and survive in a world torn to pieces by their own creation. We’ve all heard it before and it wouldn’t be enough to sway me to purchase such a game. However, when you look beyond the story and get a glimpse of the gameplay, Hard Reset Redux provides a great deal of action and frantic gunplay.

Reading what the original Hard Reset was like, it seemed to suffer from many problems such as inaccurate hit-boxes on enemies and sluggish movement to name a couple. Playing through Hard Reset Redux, I couldn’t feel any remnant of such issues and it felt like a brand new, modern game release.

Combat feels very solid when you spray bullets at your enemies, and being able to use your environment to help pick off the relatively large groups of machines that charge at you adds an extra dose of strategy. Explosive barrels and gas tanks litter the area which can be shot to cause massive explosions, and vending machines can also be fired at to send bolts of electricity flailing around to short-circuit any machine that gets in their paths. Taking into consideration that enemies can dodge your shots, Hard Reset Redux provides a pretty good challenge.

In addition to combat come some great upgradeable weapons. Unlike most games that provide a number of different guns to store who knows where, Hard Reset Redux only gives you three weapons (one more than the original release) to utilise and upgrade. Each weapon has heaps of different fire modes to unlock as you progress and earn enough ‘Nano’ to spend. The different firing modes allow for extra arse-kicking such as being able to launch grenades or send powered up balls of plasma to explode, causing massive damage to those it comes in contact with. The third weapon, a katana, is only available in the Redux version of Hard Reset.

If treasure-hunting is your thing, Hard Reset Redux provides a good deal of secret areas to access. Some of them are pretty hard to reach, and finishing a level with all secrets found is a pretty damn hard feat to achieve.

Boss fights have you facing off against huge machines, and with a relatively short story-mode, Hard Reset Redux provides extra gameplay opportunities in a Survival mode. Survival mode simply throws wave after wave of machines at you in an enclosed area. A decent addition to help expand the length of play you receive for twenty American bucks.

[schema type=”review” url=”http://store.steampowered.com/app/407810/” name=”Hard Reset Redux on Steam” description=”Hard Reset was originally released in 2011 and was enjoyed by cyberpunk fans around the gaming world. It was met with mixed, but overall positive reviews. Now Flying Wild Hog have decided to resurrect an older title and add some new life to it in Hard Reset Redux.” rev_name=”Hard Reset Redux Review” rev_body=”For those who play games for the storyline, stay away. But if you like messing up robots with two awesomely transforming guns (or a katana), Hard Reset Redux is right up your alley!” author=”GameReviews AU” pubdate=”2016-06-22″ user_review=”3″ min_review=”1″ max_review=”5″ ]